Olympians are using alternative therapies and what that means for you

Cupping, taping, acupuncture, massage… anything for the competitive advantage, as seen quite visibly on Michael Phelps’ cupping marks in this year’s Olympic games.

The world’s top men’s swimmer is one of the most well known elite athletes reaching to alternative therapies left and right. Other highly visible Olympians using unconventional performance boosters include beach volleyball players and their brightly colored physio-tape.

Before I start with my thoughts on these alternative methods, allow me to express my amazement for the dedication of these amazing athletes who go the distance to win gold for their country. What amazing feats of focus and determination. I’m inspired, to say the least. When it comes to elite athletes, well, these world-class men and women truly set new standards for training, determination, and achievement. 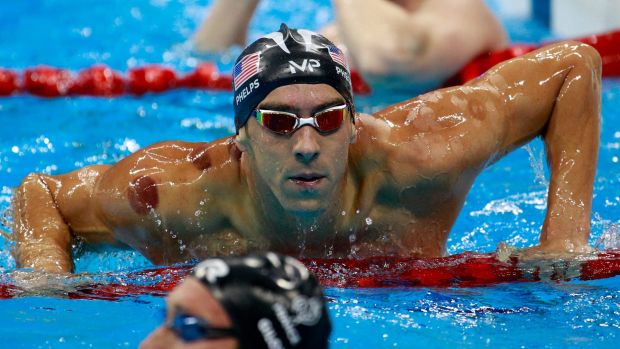 Now, back to those red bubble marks on Phelps. It’s great to see Olympians and their coaches trying complimentary therapies instead of injecting cortisone and spraying Lidocaine to ease pain in joints.

Chinese cupping has gained much publicity due to its usage by athletes such as Super Bowl 50 MVP DeMarcus Ware of the Denver Broncos and Olympians U.S. gymnast Alexander Naddour, Natalie Coughlin, and Phelps. But most scientists call it nonsense and pseudoscience.

As someone who doesn’t wait around for scientists’ approval, lets take a step back and consider what is being affected by these treatments in the first place. Where do you most often see these markings and taping? 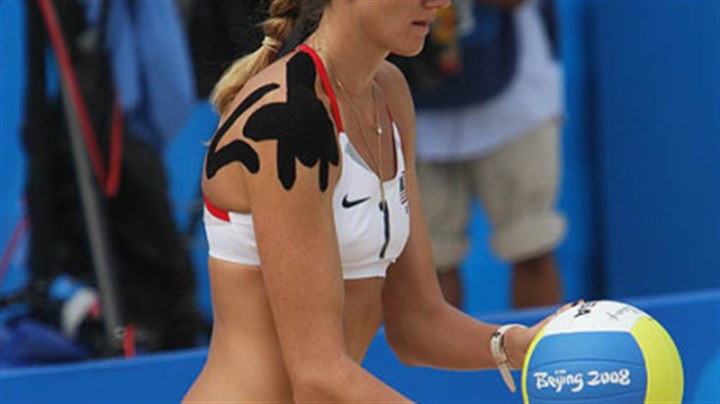 It’s usually the shoulder joint that is most compromised from competitive training as it’s the most unstable joint in the entire body. Designed to be that way, the shoulder complex is frequently injured. We sacrifice mobility for stability thus the integrity of this dynamic joint is often compromised in athletic activities where the arms move overhead, like swimming and volleyball. Overhead is where the glenohumeral joint is most vulnerable to injury as the force closure in the joint is weak in the overhead position. I’ve explored this issue in my writing about baseball players and Tommy John surgery.

(If you want to learn about the shoulder complex, I wrote a blog for IDEA Fit a number of years ago. It simplifies all the movements of this dynamic system of stability in one article. It may save you time researching the shoulder or reading anatomy books today.)

The shoulder girdle is also called the shoulder complex because it’s a very complex system that allows us to look like we move the shoulder joint 360-degrees. Visually it may look like that, but it’s not the reality. The glenohumeral joint (that’s your actual shoulder joint) moves most independently from a 0-90-degree range. Once your arm goes past horizontal to the floor the acromioclavicular joint, sternoclavicular joint and scapula must orchestrate movement and the timing of this movement is critical so all of the nerves, blood vessels, and muscles have their space so they aren’t compromised.

However, if you do movements like swimming or tennis or volleyball where the arm must move overhead quickly and return with great force to propel one through water or throw or hit a ball forward with accuracy, the orchestration of this neurological timing can be compromised. Unfortunately when there’s a delay in stability you don’t really know it’s happening until you feel pain or lose velocity, power, or force transmission.

It’s all in the technique

In my upcoming video MELT Performance, I address this common, widely unknown issue that many athletes suffer from thus, the need for cupping and physio-tape. Not that I’m against either, in fact I love both therapies as I’ve found them extremely helpful in recovery and improved performance. However, neither address the neurological flaws that are occurring.

Cupping is a fast way to pull deep blood to the superficial skin layer. It’s an ancient form of therapy in which a local suction is created on the skin; practitioners believe this mobilizes blood flow in order to promote healing and pull toxins out from deep tissue that may be inhibiting proper contractility. Though I can’t say I’ve ever found much evidence of this actually occurring nor can I find any scientific evidence that shows any type of cupping is actually doing much for improved performance, it’s an interesting idea.

There are two cupping techniques I’ve personally experienced, dry cupping and fire cupping. I think the fire cupping works best but it does leave huge marks on your body for weeks so don’t do it if you are getting photos done. People will think you have a disease. Fire cupping involves soaking a cotton ball in 99 percent alcohol. The cotton is then clamped by a pair of forceps and lit via match or lighter. The flaming cotton ball is then, in one fluid motion, placed into the cup, quickly removed, and the cup is placed on the skin. By adding fire to the inside of the cup, oxygen is removed (which is replaced with an equal volume of carbon dioxide) and a small amount of suction is created by the air cooling down again and contracting.

Physio or Kinesio Taping is a definitive rehabilitative taping technique that is designed to facilitate the body’s natural healing process while providing support and stability to muscles and joints without restricting the body’s range of motion as well as providing extended soft tissue manipulation to prolong the benefits of manual therapy administered within the clinical setting. This type of therapy can also assist sensory nerves to send different messages to the spinal nodes and ultimately the brain.

I’ve used tapping to help clients restore function however, most people using taping haven’t a clue on how to use it properly or create its desired affect. You can’t just put tape on and magically it’s going to help you. You have to know how to pull the tape properly to create its effect and start the pulling and taping in a specific way to really gain the full benefits. It can be used in conjunction with a multitude of other treatments and modalities within your clinic and is effective during the rehabilitative and chronic phases on an injury as well as being used for preventative measures. I’ve taken 4 different trainings on taping and to be honest, they all have a different approach so there’s no real standard as of yet on how to properly tape but knowing how to apply stress to the tape properly is key to it doing its job.

Regardless of either of these two types of alternative therapies, I think there’s a huge missing link that I am personally on a mission to reveal. Neurological stability and timing and how to restore or improve both is a skill many PTs don’t have. Neuromuscular Therapy isn’t widely used still though it’s one of the most effective ways to restore joint stability and mobility. I’ve spent 25 years practicing these hands on techniques and the foundation to much of what I still do today. My hands-off approach to NMT is what I call NeuroStrength and the upcoming MELT Performance video due out this fall combines these techniques with the protocol of the MELT Method. It’s a great introduction to this missing link of stability most athletes need to stay in the game and perform at their best.

I’ll be putting some videos out as soon as we are done editing the footage to share with you NeuroMuscular Therapy methods in a hands-off way. You don’t need a therapist right off the bat to enhance neurological timing however, as I’ve said many times, you really can’t go wrong if you have a great therapist in your corner to help you out especially when your issue is acute. Here’s an example of a move from the upcoming MELT Performance DVD I call Side-Lying Arm Fans:

It may look like a familiar move but the positioning and Reintegration Process is unique so watch closely and try it for yourself. You might be surprised how weak the stabilizing mechanism of your shoulder girdle is. If you play any sport requiring overhead motion, add this move to any training day and see if you feel the changes in your performance.

Best of luck to all the Olympiads who are working to break World Records left and right in Rio this year! I’ll be watching and cheering you on from my living room!